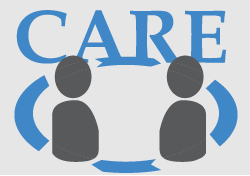 Drug use and related infections including HIV and hepatitis are significantly overrepresented in prisoners than in the general population. Prisoners are at risk of initiating drug use, risk behaviour for infections and not accessing harm reduction and treatment measures while in prison or in the immediate period after release, which is particularly risky for fatal overdoses (WHO, UNODC, EMCDDA 2011).

Within this setting, the CARE project aimed at producing, collating and disseminating data and knowledge on drug use and related risks in prisons and on drug treatment, harm reduction, overdose prevention in custodial settings and reintegration upon release. The project wants to contribute to the continuity of care for prisoners from prisons to the community and aims at high quality health care delivery.

The project was coordinated by the University of Applied Sciences in Frankfurt and receives funding from the Drugs Prevention and Information Programme of the European Commission.

The project carried out two studies.

The first study, implemented in Austria, Belgium, Denmark and Italy, which aims at collating data and producing knowledge on risk behaviour of prisoners and on specific interventions on the prevention of infectious diseases in prisons. The study will provide a comparison between infections preventions services available in custodial settings and their adherence to WHO standards, thus providing a quality control check for health services in prison.

The second research, implemented in Germany, Portugal, Slovenia, Hungary and Greece aims at the evaluation of prison drug and health services offered to drug users with regard to their effectiveness for relapse prevention and reintegration after prison release. This will primarily be realised through interviews with staff providing drug, social, and health services to prisoners, and interviews with drug users after prison release.

The capacity among staff in the criminal justice system, healthcare professionals and drug user community to properly address the above issues will be improved through a regional training of trainers addressed at professionals from Estonia, Lithuania, Poland, Hungary and Romania.

In the project, we also offered online courses to a group of trainees belonging to prison health and social staff from all 27 Member States European Union.

Project results include the production of data and knowledge on risk behaviour in prison and upon release as well as existing services for infections and overdose prevention as well as relapse prevention upon release. Awarness around the issue of health care and continuity of care will be raised among project target groups as well as at wider European level and konwledge of professionals involved in project acitivities will be increased.